PopSugar Challenge: a book with an item of clothing or accessory on the cover (since mine has Lolita’s dangling feet in socks and shoes)

END_OF_DOCUMENT_TOKEN_TO_BE_REPLACED

Time to get caught up with the books I’ve been reading recently!

END_OF_DOCUMENT_TOKEN_TO_BE_REPLACED

Man, it’s been a while since I’ve posted. My deepest apologies. I’ve got another Anna Rant on the back burner, I promise.

Anyway, on to it. 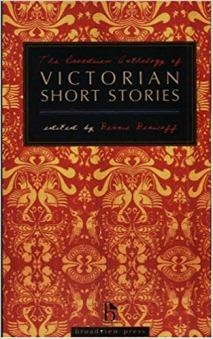 Top Four of This Period (in no particular order this time)

The Goldfinch by Donna Tartt

This book was just as incredible, although maybe not quite as good, as The Secret History. Donna Tartt’s writing in this book is just stunning. At times, I felt as if though I were studying a painting rather than reading a book because her description is so vivid – which is quite appropriate for a book that revolves around a painting. This novel is also very character-driven, which I absolutely adore.

END_OF_DOCUMENT_TOKEN_TO_BE_REPLACED

Anna’s rating: 1 out of 5. Or 1000. Whatever the percentage as little as possible. Is there a 0 out of 5 option on Goodreads? We should make one.

My friend has this thing where she reads John Green books even though she knows they’re terrible – just so that she can talk about how terrible they are. I decided to offer my services to the We Read Trashy Millennial “Literature” So That You Don’t Have To club.

One of my favourite reviews:

“hitting
enter
after
every
word
does
not
make
it
poetry.” [x]

I would add that neither does the addition of only one sentence to a page.

END_OF_DOCUMENT_TOKEN_TO_BE_REPLACED 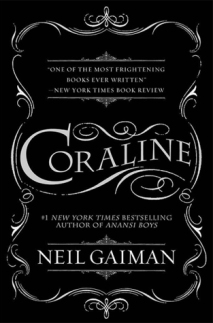 Before anyone thinks that this is a list of books from 2017 that I liked – stop right there. I don’t read many new books. Ergo, the title is “My Favourite Reads of 2017” not “My Favourite Books of 2017.” See?? Alright, we can continue.

I definitely didn’t read as many books as I am usually prone to doing, but that means I can just move on up from here and read more next year!

Without further ado, here is my top ten list (the ordering could probably be shifted around a bit as always).

END_OF_DOCUMENT_TOKEN_TO_BE_REPLACED

A Study in Charlotte is going to be one of the last books I manage to get in before the end of the year, and since I had enough things that I both loved and hated about it, I thought it was a good time to write a review. And post quotes I liked. Lots of them.

Description (taken from this review): A Study in Charlotte follows the descendants of Sherlock Holmes and John Watson as they solve crimes on a modern-day college campus. In this story, both Sherlock and Watson were real people and Arthur Conan Doyle was Watson’s literary agent, who helped publish the tales of their cases. Many years later, Charlotte Holmes and Jamie Watson find themselves caught up in some copycat crimes that appear to be framing the two, using scenes directly out of the old stories.

I wanted the two of us to be complicated together, to be difficult and engrossing and blindingly brilliant.

And now on to my thoughts. Obviously, spoilers galore.

END_OF_DOCUMENT_TOKEN_TO_BE_REPLACED

Most books I read aren’t new releases, but I thought I’d do my own list of my favourite books that I read this year. Some are new, others not. I decided to stick to books that I read for the first time this year, so that rules out favourites like Hamlet and The Lord of the Rings. I chose books that made me fall in love with them because they are clever, well-written, and just add to the literary discourse of the human heart.

END_OF_DOCUMENT_TOKEN_TO_BE_REPLACED

(This is my fifth review in exchange for a free book. You can find the other books I have reviewed here on my old reviews blog.)

Disclaimer: All material that follows is much more woman-friendly than for the men (sorry guys!), but men are welcome to learn as well.

When Alison approached me about reviewing her book, I was quite excited to find someone else who knows about the world of charting. Her book did not disappoint! While there was much information that I already knew (as a person with pcos who started charting in an attempt to reach fertility), I still learned quite a bit and this book also refreshed everything that I had learned before.

This book is specifically directed to Christian girls who are not sexually active; however, I think any woman could benefit from reading this book. Not only does one learn how to chart her cycles (and why it is wonderful to be able to do so), but also multiple ways of lessoning the symptoms of PMS, and why the Pill is so harmful. I loved how Alison Protz tied the woman’s cycle into Christianity and the way she described charting your cycles as really a way embracing womanhood.

All in all, it was a delightful read and a book that I would definitely recommend to any girls (or women!).

You can read more about the book here. 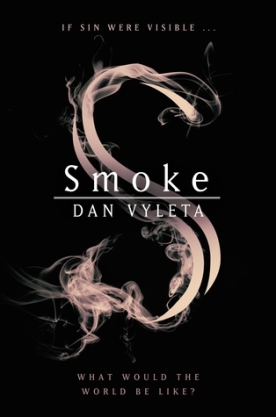 Wow. Magnificent. Oh my goodness gracious me. I was blown away by the utter magnificence of this book – I think it could even replace my beloved The Lord of the Rings as my favourite book of all time?? I don’t think I’m ever going to be able to completely process everything, but then a good book is one that captivates you every time you read, for years to come, isn’t it?

Thomas Argyle, Charlie Cooper, and Livia Naylor live in a world not unlike Dicken’s Victorian England. In fact, Dan Vyleta begins with a quote from the Master Author’s novel Dombey and Son:

“Those who study the physical sciences, and bring them to bear upon the health of Man, tell us that if the noxious particles that rise from vitiated air were palpable to the sight, we should see them lowering in a dense black cloud above such haunts, and rolling slowly on to corrupt the better portion of a town. But if the moral pestilence that rises with them … could be made discernible too, how terrible the revelation!”

(Beginning a section of a book with a quote from Dickens or Dostoevsky or Dante or one of those other great authors is my new favourite thing.)

That quote really summarizes the setting of the novel. In this world, any baser emotion, whether that be lust or anger (or even joy), causes a human being to emit Smoke. The Smoke is seen as a sign of one’s fallen state – therefore, the common people live in Smoke, the aristocracy using Smokelessness as a sign of their right to rule. (Of course, they are just able to hide their Smoke because they have the money to do so – nothing to do with morality.) The Smoke is therefore highly entangled with both religion and politics. In the boarding school which Thomas and Charlie attend, the slightest sign of Smoke brings great punishment upon the unfortunate boy whose clothes are found stained with the soot which will not disappear. However, the two boys soon begin to learn that everything they have been taught is a lie and there are deeper, darker secrets to be found in the streets of London.

END_OF_DOCUMENT_TOKEN_TO_BE_REPLACED

I’ve got a bad cold, so it looks like it’s going to be a lazy day. Perfect time for a blog post, eh? I thought so, too.

I just finished reading The Anatomy of Curiosity by Maggie Stiefvater, Tessa Gratton, and Brenna Yovanoff. It’s a book that teaches writing by showing examples of writing, a technique of which I most heartily approve. I put this book on hold at the library because after reading The Raven Cycle, I am absolutely spellbound by Maggie Stiefvater. Her writing has such magic to it, and she makes me fall in love with writing in a way that only my friend Gina (author of the recent The Rose and the Sword) has been able to do before.

This was such a great read not only because I got writing advice from my beloved Maggie (), but because I discovered a new favourite – Brenna Yovanoff (now I have to go look for books she’s written). Not only was her story right up my alley (modern YA with a twist of the Gothic), but she showed her writing process in a very different way from Maggie and Tessa (just the short story with comments here and there). Brenna first told a story from her childhood of a drowning that stuck with her the rest of her life before showing the short story as well as a very different earlier draft. While I wasn’t a big fan of Tessa and her world-building, her story at least kept my interest. The book also had a few sections of words from the author s – for example, how to gain ideas and the overwhelming doubt that plagues readers.

Anna’s rating: 5 stars (note to self: need to buy a copy of this book to have forever)

END_OF_DOCUMENT_TOKEN_TO_BE_REPLACED

my WIP: Big Sister Is Watching