Time to get caught up with the books I’ve been reading recently! 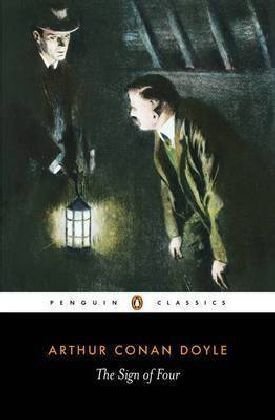 This was another great read from Conan Doyle, though I liked A Study in Scarlett better in the sense that in that one we had gotten to see the backstory happening (I still think that twist in the second half was genius). In The Sign of Four, instead, we only hear the backstory secondhand from the lips of Jonathan Small.

The parts about Small drove me crazy a little bit, which brought down my rating of this book. For instance, Small says one moment that he will not tell Sherlock and Watson anything – but then the next moment, he starts pouring out a sob story X-Factor style. My friend says it was the Sherlock powers that made him talk. I guess it must be so.

The part I really did like was that we got to see Watson meet Mary, his future wife (which I only guessed since I knew Mary’s last name from the BBC show).

All in all, it was a very solid work because, of course, it’s Conan Doyle, but it wasn’t my favourite of his.

my WIP: Big Sister Is Watching